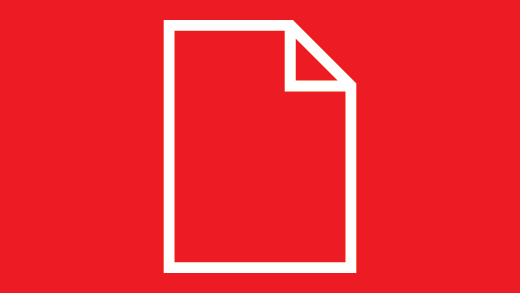 a-n/AIR’s Exhibition Payment Guide calls for written confirmation in the form of a contract or letter of agreement. This quick guide, re-presented from a-n.co.uk, outlines the essential ingredients of a contract, gives guidance on what form a contract should take, and offers tips on negotiating and agreeing contractual arrangements.

A contract is an agreement between two or more people that is legally binding. Contracts can be verbal or written.

Why use a written contract?

Apart from exceptions such as house purchase, assignment of copyright and credit agreements, a contract need not be in writing to be legally valid.

A verbal agreement may be legally enforceable in theory but in practice cannot be relied on because of problems of evidence. So it makes sense to always have a written contract.

To be legally valid, a contract must contain four essential ingredients – an offer, acceptance, consideration and intention to enter into a legal relationship.

There must be an offer made by one party.

The offer must be accepted and must always be communicated to the person who has made the offer.

‘Consideration’ must have been given, for example there must be a price paid, or promise made in return or something else that proves that both parties give some value to each other. Gifts are not legally enforceable, since the recipient of a gift gives nothing in return.

The parties must have intended to create a legal relationship.

What use are contracts?

Having a written contract creates an opportunity for both parties to concentrate on the nature of the transaction and their mutual obligations.

Once you have a signed contract, it becomes much easier to ensure that the other party to the contract keeps to it and to find lawyers who can help you if they do not.

Accept from the beginning that the interests of both parties can never coincide on every detail. If a fair contract is to be concluded, both parties must be prepared to compromise.

Some points are usually non-negotiable – for example the price or time-scale. If one of these fundamental points is not accepted by the other party, be prepared to lose a deal rather than put up with one you will regret. Before commencing negotiations, write down the most important points you need to agree.

Familiarise yourself with the types of contracts that have been used in the past for similar arrangements. Or you can use a-n’s Contracts toolkit to create your own.

During meetings take notes of the points covered and at the end read them back to the other person to ensure there is a mutual understanding of what has been agreed. Then confirm those points in a letter as soon as possible afterwards. Keep copies of all correspondence.

Never agree to something, in writing or verbally, when you know you still have points to discuss and agree. Beware of signing something at an early stage which later turns out to be a contract. If a letter or proposal from the other party contains something you cannot agree to, always respond promptly by saying so.

When all important issues have been discussed and agreed, make sure these are embodied in a written contract or exchange of letters, which is signed by both parties.

A letter of agreement is a contract like any other, and just as effective provided it is signed by both parties. In fact they can be very useful, since because of their informality they are often less off-putting, and therefore easier to conclude. If you are using a letter contract, it is best to write at the end words such as: “If you are happy that this letter accurately reflects what we have agreed, please sign and return the enclosed spare copy of this letter”. You should then send two signed copies, the second with a space at the end for the other person to sign with the words AGREED TO written above the space.

Concluding a contract by email

A contract can arise by exchange of emails, if it is clear both parties intend to be legally bound. However it is preferable to create a contract by a separate document (digital or paper-based) which embodies all the terms.

Avoid side letters and other agreements or understandings outside the contract itself. The contract should contain everything.

When the time comes to sign, it is perfectly valid to print off the contract, sign, scan and email it.

This is an edited version of a series of guides from a-n Resources by Nicholas Sharp and Sheena Etches. It is provided here to support the implementation of a-n/AIR’s Exhibition Payment Guide, the outcome of the Paying Artists Campaign. For full access to a-n’s member resources and other benefits go to www.a-n.co.uk/join

Contracts toolkit
To fully inform your negotiations and create a bespoke, formal arrangement you can use the Exhibition agreement within a-n’s Contracts Toolkit.

What is a contract?, Why use a written contract? and Agreeing a contract
Full guides by Sheena Etches and Nicholas Sharp upon which this quick guide is based.