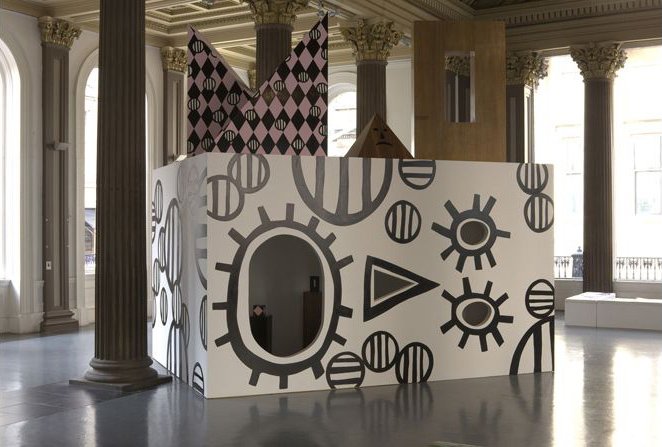 In 1995, when I’d just completed my MFA at Glasgow School of Art, I was invited along with Tom O’Sullivan to show work in a five person exhibition at The Fruitmarket Gallery in Edinburgh. At that time the Fruitmarket Gallery was the recipient of one of the largest of the then Scottish Arts Council’s grants (I’m not sure about current figures). We were invited to show existing work and also encouraged to make new work for what felt like a considerable opportunity for us as artists at that point in our careers.

There was, however, no money to make new work, or to cover expenses to install the work. I was claiming Job Seekers allowance at the time. It was about £28 a week. The train fare between Edinburgh and Glasgow was £5 with a railcard, so you can see the problem here. I asked the Fruitmarket if they could pay for my travel but they couldn’t. There wasn’t a fee. Now I wonder if it’s better or worse that I didn’t even expect one.

Reading back over that paragraph, and reflecting upon why I chose to articulate my support for the Paying artists campaign by recalling this experience, the word my eye focuses in on is “opportunity”. An opportunity is (and here’s a cut and paste definition) “a time or set of circumstances that makes it possible to do something”.

Then I remember being at art school and being directed towards the opportunities pages of what was then Artists’ Newsletter (what has evolved now, of course, into a-n/AIR). This, it was implied, was a mechanism through which an artist constructs their career. Then I think about how this idea of opportunity constructs a framework through which artists (and other insecure workers) are expected to live – and yet this is a space of constant deferral, offering only the possibility of arriving in a place beyond “opportunities”. To put it another way (and maybe this is too big a leap, but this writing is only meant to be brief), I’ve always been amazed by how straightforward applying for an actual job is.

The idea that an artist operates in relation and through “opportunity” seems to carry the risk that relationships of exchange between artists and institutions will maintain a persistent imbalance, not just in terms of economic exchange, but also in terms of authorship, authority and power. Here I also feel like drawing a parallel with a now near default description of artists as either young or emerging and the attitudes and intentions that this reveals. This isn’t just about institutions infantilising artists, it’s also about the promise that to be labelled as emerging can, at a certain point, hold for an artist. So yes, this is about the means by which artists are managed, in all of their (our) curious and contradictory societal roles.

It’s also about the language used to describe these roles and how this maintains and affirms behaviours and relationships that are not only unequal, or unfair but also often run counter to the actual aims and intentions of those involved in exhibiting contemporary art within publicly-funded contexts.

Another autobiographical experience. Moving forward nearly 20 years and Tom and I are invited by CIRCA Projects in Newcastle to work with them on a new commission and curatorial project. This small organisation set up by two young Fine Art graduates and in receipt of project funding for an 18-month programme, is the opposite in many ways of an institution such as the Fruitmarket Gallery. Arts Council England funding covered salaries for CIRCA Projects, but new commission costs for fees, production and documentation required additional funds to be raised. This process of fundraising is carried out as work is developed. We all know it’s a tough funding climate, so it’s no surprise that even though a number of successful applications are made, budgets are inevitably trimmed.

By this point in my life I have a 0.5 Senior Lecturer post and I don’t need the fee to live on. In fact, the fee would have been a token amount, meaningless in relation to the idea of a living wage for the time involved in working on the commission. So, anyway, of course it’s easy enough for us to step in and relinquish this amount. It’s one way to get the work made and by this point, so much time has already been spent on the project that this seems the best, if not only, solution.

I recount these two scenarios, not in anyway to point a finger at those two organisations, but rather because my encounters with them reveal something about making and exhibiting of art with publicly funded organisations.

I’ve written much more than the couple of paragraphs that Susan Jones asked if I could write in support of the Paying artists campaign; partly this is because I think it’s an incredibly important issue, but also because I’m fascinated by the way this then focuses in on the complex relationships and behaviours between artists and art organisations and the terms by which public money is made artist CASE STUDY two Joanne Tatham payingartists.org.uk #PayingArtists available. It’s also about thinking about the roles that artists are expected to fulfil and how they themselves imagine their role. The campaign is right to focus on the value of paying artists, both for organisations and artists themselves.

A final personal fact: in the 2012/13 tax year as a self-employed artist I made £585 gross profit. It’s interesting, to me at least, to think about what that indicates about my value.